Penny Pinar Karabey is used to being treated like royalty by luxury brands.

A resident of New York’s Upper East Side with a house in Southampton, Karabey lives a luxury-fueled lifestyle, constantly shopping for charity galas, board meetings and other events. Brands and retailers like Fendi, Dior and Saks Fifth Avenue work hard to keep her in their circles, inviting her to private parties, cocktail events and fashion shows in Europe.

But lately, even Karabey has been surprised by the attention. Jewellery, perfume and footwear companies — some of which she’s never shopped with — have been aggressively courting her with invites to private trunk shows and intimate cocktail parties.

“They see that I shop a lot, and am an important customer,” Karabey said. “They are finding me … and asking me to come to their party.”

With 125,000 followers on Instagram, Karabey has an audience but isn’t a celebrity. Still, her penchant for big fashion spending earns her the star treatment: brands lend her outfits and will even shut down a boutique so she can shop privately.

The elaborate, competitive and secretive world of courting private clients — where brands allocate enormous budgets for gifting, events and trips — is a decades-old practice and an important marketing tactic in fashion. Big and loyal spenders can fuel as much as 40 percent of sales, said Gary Wassner, chief executive of Hilldun Group, a retail consulting agency. At the luxury e-commerce company Mytheresa, 3 percent of its customers make up 30 percent of its business, chief customer experience officer Isabel May told BoF.

Lately, the game of attracting very important clients, or VICs, has kicked into high gear. Brands are acutely aware that wealthy shoppers are hungry for both luxury products and elaborate experiences post-Covid. Fashion is investing in its top shoppers accordingly — as well as finding new ones. With the American luxury market experiencing a boom, many brands are particularly keen to lure wealthy shoppers in the American South and in markets like Austin and Miami, as well as younger shoppers with tech or crypto-made fortunes.

“For European brands, the US was all about the West Coast, East Coast, but they’ve realised the US is large and there are wealthy customers everywhere,” said Federica Levato, the EMEA leader of fashion and luxury at Bain.

How Luxury Finds Its Big Spenders

The VIC strategy is similar to that of casinos treating “whales” to hotel suites and expensive champagne. At Mytheresa, VICs spend in the “high seven figures,” said May, while sources told BoF Dior private clients typically spend $100,000 minimum with the brand annually. (Dior did not respond for comment.)

“Brands don’t want someone going straight for shoes or handbags. They are looking for shoppers who buy into the whole brand… in every category,” said Gab Waller, a fashion stylist and luxury sourcer who works with VICs.

And while some VICs cross into celebrity-influencer territory, many of luxury’s biggest spenders prefer privacy.

“[Brands] keep this world very secretive because these people are extremely, extremely private,” said Nolan Meader, a fashion stylist who works with several VICs. “Their social media is usually private. They aren’t flaunting what they have.”

Sometimes, a VIC relationship begins in store, where the spend amount will catch a retail associate’s eye. Other times, existing VICs will refer family and friends. Nurturing the relatives of wealthy families is a high priority, noted Meader. Fashion brands also look for influence and visibility, seeking VICs who are “professionally active founders, lawyers, board members, and young entrepreneurs,” said May. Increasingly, brands are also eyeing young tech professionals and crypto wealth.

Previously, VICs were predominantly old-school spenders — “the Baby Boomer, the lady who lunches at Bergdorf,” said Levato. Increasingly, younger shoppers are also included. Gucci VIC Nedas Butkevicius, a 22-year-old pilot from Lithuania, believes he caught the brand’s attention because of his interest in its clothes. In February, Gucci flew him out to Milan for its Fall 2022 show and paid for his accommodations. (Gucci declined to comment for this story).

“Of course, Gen-Z is very young, but they are also inheriting the wealth of [their] Baby Boomer parents,” said Levato. “Then there’s a start-up [Millennial] who has tons of money and can spend. These new personas and new sources of wealth are super relevant, worldwide, but specifically in the US.”

Indeed, luxury brands are turning to the US to find their next crop of VICs, just as lockdowns send spending in China, long considered luxury’s top market, down. In shifting their focus to the US, brands hope to turn growth-driving, first-time buyers into repeat customers with lavish experiences. Last month, Givenchy flew some of its top American shoppers to the ritzy Save Venice charity gala masquerade in New York. In March, Alexander McQueen organised a multi-day experience in New York for its American VICs, including a separate runway show. Gucci brought VICs to Coachella, and in December, Brunello Cucinelli opened Casa Cucinelli in New York, a new boutique exclusively for top clients.

“The US is … my fastest-growing client market, not just for the amount of new clients, but also for the level of spend,” said Waller. Originally from Australia, Waller moved to the US to specifically be closer to her VIC clients.

Since the pandemic, brands are also looking to regions beyond New York or Los Angeles for big American spenders. Mytheresa has hosted more private client events throughout Florida and Texas, recently hosting an event in Miami with Domenico Dolce. Saks Fifth Avenue is focusing on Dallas, Aspen, Miami and Naples, Fla., while Neiman Marcus, which has doubled its VIC experiences year over year, has thrown events in Miami and San Francisco. Specific vacation destinations that attract wealthy clientele, like Miami for Art Basel or Aspen during ski season, are also important.

“The brands know that this group of people go to Monaco for the Grand Prix, to St. Moritz in January to ski, to Miami for Art Basel, so the hosting in these places has just exploded,” said Meader. “They’re trying to get closer to the luxury client.”

Once they’ve found their VICs, fashion houses and major retailers work to nurture those relationships, and recently, VIC activations have gone into overdrive.

“When the lockdown lifted, every house just went to the walls, crazy, and VIP experiences have doubled or tripled,” said Christine Chiu, a star of the Netflix reality show “Bling Empire” who owns a successful Beverly Hills plastic surgery clinic with her husband. This week, Chiu, a VIC with Alexander McQueen and Balenciaga, among other brands, is attending the Cannes Film Festival with Chopard, where she’ll attend movie premieres, dine in the region’s best restaurants and stay in luxurious accommodations, on the jewellery brand’s dime.

Nearly every VIC receives early access to collections and brand party invites, but trips and seats at fashion shows are the most exciting ways to draw in top shoppers. Saks Fifth Avenue has taken some of its VICs to the Oscars and Wimbledon. Gucci has hosted movie screenings in the Savoy’s Royal Suite in London, as well as dinner parties with Gucci chief executive Marco Bizzarri and parent company Kering’s chief François-Henri Pinault.

“It’s what money can’t buy,” said May of Mytheresa. “These people have … a lot, they travel the world, but we offer special access to a setting, to people, to designers, that they would not have by themselves.”

Brands also treat VICs with small gestures. Aqila Agha, a 54-year-old private client of Gucci in London who is an avid collector of Gucci capes, said she appreciates the brand sending her birthday flowers and extending VIC invites to her two daughters.

Remembering a shopper’s birthday or adding family to a party list are also ways to reward heavy spenders outside of the top tier, and are initiatives that can scale, in comparison to trips that are typically reserved for the highest level of VICs.

But every VIC experience, from flying to a fashion show to attending an intimate dinner, comes with unspoken spending expectations. While VICs are often offered line sheets for pre-ordering collections at fashion shows, or wake up the morning after a dinner party to a text from a sales associate, the ask must be handled delicately.

“It’s a dance,” said Chiu. “Whoever the brand [is] designating to building these relationships has to be a great communicator. When one particular brand’s sales associate was so frank, it was very off-putting.”

Brands often hire entire teams to look after these relationships, and the job is constantly evolving, as VIC ambassadors move from one social media channel to the next. Presently, companies like Louis Vuitton, Farfetch, Stadium Goods and Dior are all hiring for private client managers.

It’s a heavy effort, but when the job is done right, a VIC experience can unlock major brand loyalty. Once Gucci started giving a shopper like Ozzy Gazali, a 26-year-old Qatar-based financial consultant, its VIC experience some five years ago, Gazali said he stopped buying brands like Dolce & Gabbana and Givenchy and started spending exclusively with Gucci.

“I just really found myself in this brand,” said Gazali. “I love their ideas of gender fluidity and how they express that philosophy in a very contemporary way. It’s become a second home for me.”

At-Home Cryotherapy: Treatments, Benefits, and Tools to Use

Tue May 17 , 2022
Some mornings, your skin can look as tired as you feel. Even after your PM routine (eye cream, retinol, the works) and attempted concealing, your visage may still require an extra jolt. As a mom of 2-year-old twins, I know these mornings well. There’s a new way to perk up, […] 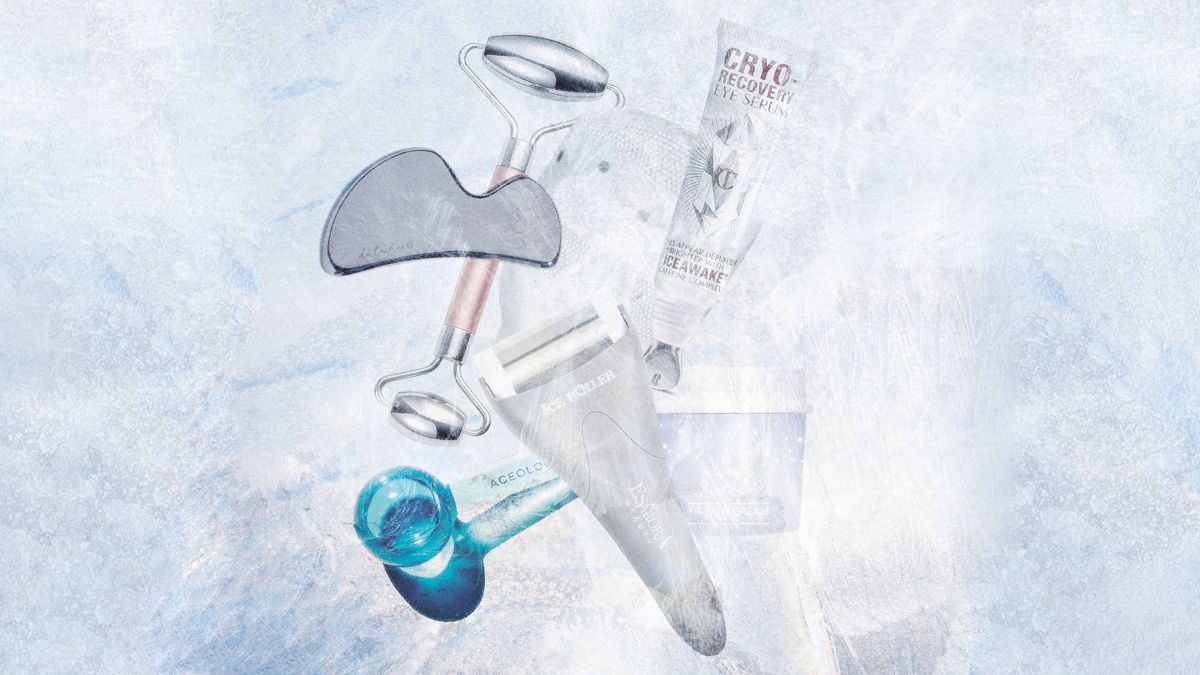