When Tiffany Pratt moved into her East End space in 2009, she had no intention of staying there as long as she has. The TV personality and creative director moved into her current home at the age of 28 after selling her year-old Toronto townhouse. Pratt, who had her heart set on living in The Beaches, wasn’t in the market to purchase a million dollar home (the going rate for real estate in Toronto). So when she found the listing for a spacious two-bedroom apartment, a mere 20 steps from Lake Ontario, it immediately spoke to her. “I knew I needed to find an old place, something with character,” she says. “To think it’s been 13 years is crazy. My career has grown, and the rent has stayed very affordable. I had no reason to go.”

Turning the apartment into a home was a serious undertaking. Pratt, known for her eclectic style and design expertise, came to an agreement with her landlord six years ago when she started renovating the formerly “old and dilapidated” space. As long as what she did was tasteful, he was on board. “I saw what a little love in these old buildings could do,” says Pratt. “This is a 100-plus-year-old building. It’s taken a lot of care and sanding and paint and wallpaper to bring the apartment to where it is.”

The space is a constant work in progress. It started with painting her floors white, “and that’s just become a monster,” she says with a laugh. The walls have seen multiple coats of candy-coloured paint; artful lighting fixtures and one-of-a-kind furniture pieces accent the space. Tchotchkes as far as the eye can see.

Last year, Pratt got married to her now-husband Zachary Webster, but trading in her expertly curated space for a new home wasn’t appealing. Pratt and Webster were both already living in the neighbourhood: their meet-cute actually came via Webster’s parents, who live three doors down, suggesting Pratt help Webster design his apartment. “Zach lived in a studio apartment on the boardwalk, so we had a pretty awesome setup. I could walk around the corner and see my boyfriend,” she says. “He was very excited to cohabitate, because we were getting sick of schlepping groceries back and forth across the park. And so we were like, let’s figure out how to live together.”

When the couple got engaged, a unique situation presented itself. The apartment next door to Pratt—owned by the same landlord—became available. Pratt floated the idea of transforming the two spaces into adjacent living pads; Webster was 100% in. “Zach is the kind of guy that likes his own time and space too—neither of us really needed something super conventional,” she says. “I basically said, I want it. I told my landlord, sight unseen, give me the apartment.”

Plus, there were practical concerns. “We had looked at other apartments and nothing was big enough. Nothing was finished enough, everything just felt like a gigantic project for me,” she says. “So when this apartment came up, it was like, do we both really feel okay living three doors up from your parents?” The answer was yes. The couple was set to marry on June 25, and as luck would have it, the move-in date was July 1.

Pratt sees her setup as a modern living situation, similar to how Carrie Bradshaw kept her own apartment throughout Sex in the City and …And Just Like That. “It’s sort of that same deal here. I’m keeping my apartment, and I’m expanding the other side so that he has a place to call his own, and we have spaces on both sides that we share,” she explains. “I think it’s the new paradigm of partnership. Especially for myself, being 41 now and living alone for as long as I did. He’s got his own bathroom. He’s got his own closets. And I haven’t had to upheave my life.”

Her favourite part about their living arrangement? “We both have a place to go. He could be over there watching TV, working out, all of his shit is over there. He can be his own man.” The worst? “Putting down all my weird perfectionism. I love the house to be perfectly clean and organized and sorted all the time. I think the hard part for me has been learning that I basically live in a showroom. And I have to stop living in a showroom and realize this is our house.”

For Pratt, bringing the two apartments together felt like the missing piece of the puzzle. “It never felt like a proper home before. Now, the bathroom is tricked out, the kitchen has been redone. It actually feels like a four-bedroom, two-bathroom home now,” she says.

Though the original space is primarily Pratt’s dwelling and the new apartment is Webster’s, each apartment has elements that reflect the other. “I ended up setting up a workspace next door, and I created a studio, which I desperately needed,” she says. Their main shared space is the bedroom, located in Pratt’s original apartment. There, she traded in her four-poster bed for a king-size and painted the ceiling a soft key-lime shade. (“It goes with nothing in the room and feels good against everything. I highly recommend.”)

While Pratt recognizes that investing in rental apartments this way is unconventional, she sees the value of her chosen process. “It’s not very typical, people thinking the way that I think. But if I was to consider all the money I would have spent moving myself, moving Zach, getting us set up in a whole other place, working on that new place, it would have cost the same amount,” she says. “I think that people get really hung up on stuff like that, because they want to feel like it’s a good investment. And for me the investment is, I love this neighbourhood, I love the flexibility of knowing if I want to go, I can. I love the idea that there is someone taking care of this property. For me, I’m investing in my quality of life. It’s not about owning for me.”

“I’ve always believed a space is teaching us things, teaching us what it wants to be. But equally, the things within it tell a story. And those stories start to multiply over the amount of time that you spend there, and the amount of time you work on it. And that’s why it’s so hard for me to leave this place. There are so many stories here, and so much history, in my 13 years and the 100-year-old building. It’s just got a really magical feeling.”

Five Interior Design Themes That Will Trend In 2022

Fri Feb 25 , 2022
There are several forms of interior design, and the list is continually expanding. Some are time-bound trends, while others are everlasting masterpieces that have existed for a long time. The pandemic made us realise how we should use spaces since suffering through lockdowns and isolation throughout 2020 and 2021. For […] 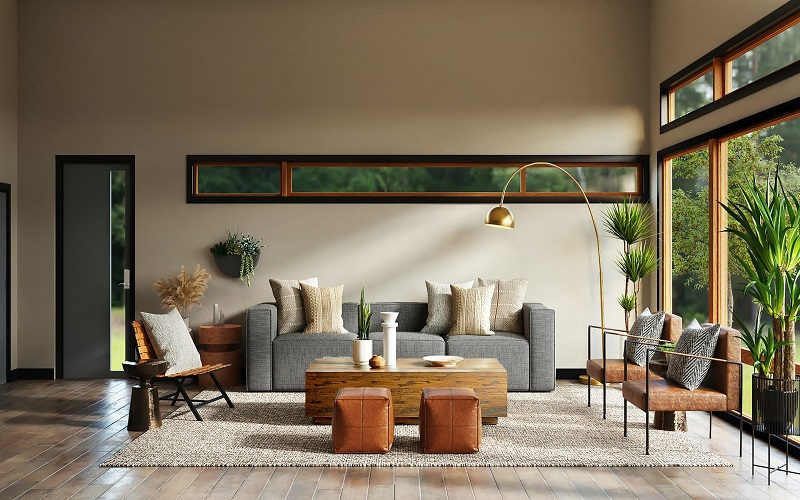