Two former Toronto residents ditched city life for something much more affordable — a tiny home in the country.

Lee Loewen and his wife Rebecca moved into a tiny home in Prince Edward County last October. The home was built with his business partner Payam Shalchian as a prototype for their new tiny home design and build company, Instead.

Shalchian and his family also live in a small home but at about 800 square feet, it is not technically considered a tiny home (usually defined as 400 square feet or lower).

For Loewen the choice was simple.

“We were actually looking for a regular house (in Toronto and area),” Loewen tells blogTO. “Definitely couldn’t find anything in any type of reasonable price range.”

They also looked in Prince Edward County too but mainly found older homes with “sagging floors” and “questionable” basements.

Since Shalchian, a friend and fellow industrial designer, had already moved from Toronto to Prince Edward County about five years ago, they decided to start Instead there.

The prototype tiny home Loewen is living in is about 260 square feet. He says his first Toronto apartment was a 340 square foot studio without a bedroom. The tiny home has a bedroom.

“Space-wise, it’s all that we need,” he says. “Functionality-wise, actually it feels a lot more efficient.”

The home is also off-grid, powered with solar panels and a generator. The winter was a bit challenging.

“I guess the only challenge being entirely off-grid is the battery capacity in the winter diminishes efficiency with the cold so and you have more heat sources needing that battery power.”

They ended up running the generator more than they wanted so are hoping to add a battery next season.

The home is well-insulated and was warm and cozy, he adds.

Instead can build both off-grid units or homes that can be connected to a power grid, says Shalchian. He says many people ask about the off-grid option, and they do want to provide environmentally friendly choices. Depending on where the home is, connecting to the grid might be better.

The home is on wheels and certified as an RV, which means it can be legally parked on most rural properties.

“Where you get in trouble is living in it full time,” says Loewen.

But living in it full time is not well-defined, and Loewen and Shalchian are speaking with County officials to try and work out ways to make tiny living more viable.

Last month, the County changed bylaws to allow for tiny homes. Previously, the smallest home people could build was 900 square feet, it is now 188 square feet.

“So that is already a very big step forward towards accepting the idea of tiny living,” says Shalchian.

He hopes the rules will continue to change and more places will accept tiny homes because it could give more people the chance to afford a home.

“Both in big cities like Toronto, and also in places like Prince Edward County, it is quite mind-blowing how many people can’t afford to buy a home,” Shalchian says.

Tiny homes are one way to address that, but it’s not simple. There are issues around getting the land and financing.

“It is definitely a multi-faceted issue,” he says.

They are speaking with organizations and local government to try and make it work for people.

So far, they have had many people from Toronto contacting them about going tiny.

“Toronto is like definitely a very, very big market especially with the last couple of years the pandemic and lifestyle change for a lot of people — working remotely is now a very comfortable reality for some people,” he says. “So they’re like, why would I live in the city if it’s so expensive?”

Sun Mar 27 , 2022
When noted San Diego architects Homer Delawie and Lloyd Ruocco designed a mid-century duplex in the heart of La Jolla Shores in 1960, they followed the modernist precepts of simplicity and functionality. Both units, mirror images of each other, were 1,140 square feet with two bedrooms in the back and […] 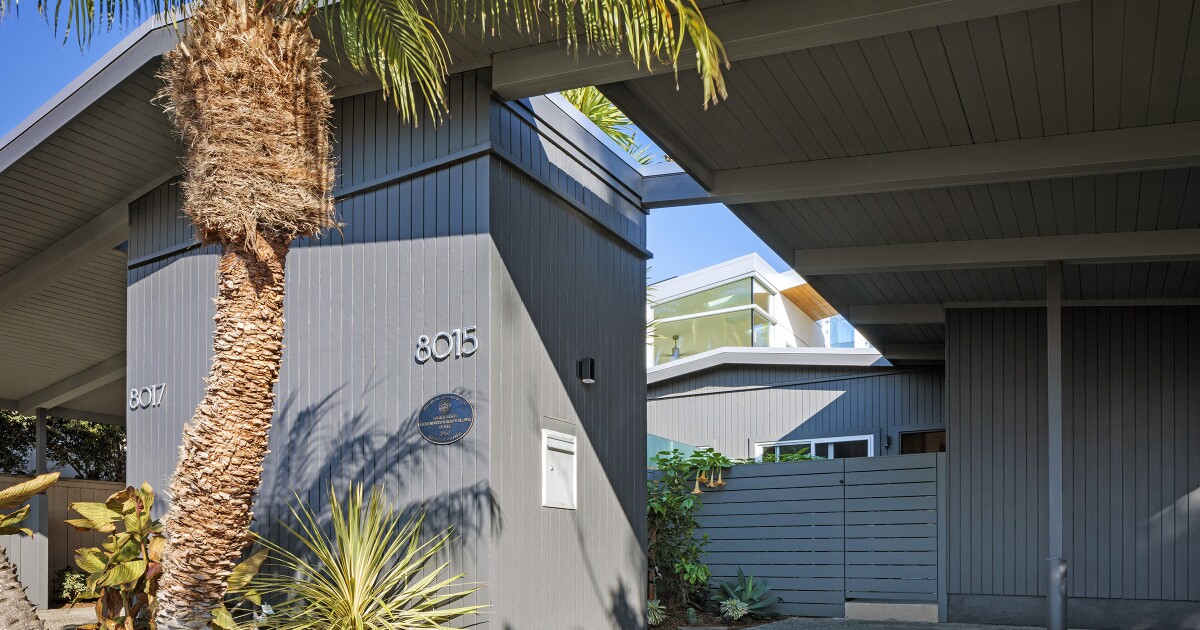