Reviews and recommendations are unbiased and products are independently selected. Postmedia may earn an affiliate commission from purchases made through links on this page.

In today’s world, many of us are armchair urban planners. Yes, it seems like everyone has an opinion on how to make their city and/or community a better place to live, work and play. Community engagement is critical to urban planning today, but does the average citizen have the knowledge to understand the complexity of city building, and balancing the wants and needs for their community with those of the city at large?

I thought I’d reach out to a few urban influencers in Calgary and Edmonton to find out what books they would recommend to the layperson interested in learning more about urban planning and community development. I got some surprising suggestions.

Ali MacMillan, who has been the community champion for Calgary’s Bridgeland/Riverside community for many years, was quick to respond with, “Can I instead offer up a Ted Talk?” I thought why not, so she suggested Beware a Dedicated Group of Amateurs, which she saw at BaconFest, an urban planning film festival in Calgary a few years ago. After hearing Jason Roberts’ talk, a lightbulb went off for MacMillan that citizens at the grassroots level know best what changes are needed to make their community thrive. “I realized if we could empower community members to lead the change in their communities, what an amazing city we could have. This video moved me from dreaming to doing.”

Erick Backstrom, a senior planner at the City of Edmonton, suggested two Indigenous-related city building books, Old Stories, New Ways, by Edmonton architect Vivian Manasc, and Avenue of Champions, by Conor Kerr. Backstrom’s thinking is that “after decades of cultural erasure, Indigenous peoples are reasserting their place in their city. City building in Edmonton and cities across Canada are changing as a result.” Manasc’s book is a personal reflection on how working with various Indigenous cultures has shaped her design practice. Kerr’s debut novel is a compelling portrait of Indigenous youth navigating colonial structures in Edmonton. Backstrom says, “Together, these books illuminate recent actions in Edmonton to ‘re-Indigenize’ the city with projects like the ᐄᓃᐤ (ÎNÎW) River Lot 11∞ Indigenous Art Park and the kihciy askiy (Sacred Land) ceremonial and land-based learning site.”

Mike Wilhem, president of the Shaganappi Community Association, and I have an ongoing discourse regarding the pros and cons of various infill projects in Calgary and the value they bring to established communities. When I asked him if there was a book he could recommend for the public, he responded with, “I find it a tough go, a lot of the pure planning stuff is too dogmatic for the public. However, I think David Sucher’s City Comforts: How to Build an Urban Village is a great pocket primer, with good visuals on basic urban design principles. For community leaders who want to survive development committee politics, I’d recommend Tom Bethell’s The Noblest Triumph. It gives a good understanding of property rights and helps keeps everybody focused on successful outcomes.”

Chris Ollenberger, managing principal of Quantum Place Developments Ltd., which orchestrated the development of Calgary’s East Village masterplan, recommends reading The Great Neighbourhood Book: A Do-it-Yourself Guide, by Jay Walljasper, at Project for Public Spaces. It is full of practical advice and real-world examples of how concerned citizens have addressed issues from crime and safety, to creating community gardens and gathering places. FYI: The Project for Public Spaces site has numerous “How to…” guides that you can download for free.

If I had to recommend one book, it would be Ken Greenberg’s Walking Home: The Life and Lessons of a City Builder. It is very readable. It tells the story of the lessons learned by Greenberg over the past 25-plus years working in Canada and around the world. Things like the importance of collaboration, public space design, how to create vibrant streets, dealing with infills projects and nimbyism, as well as suburbanization of cities. Even though it was written in 2012, it covers the gamut of today’s urban development issues.

Sign up to receive daily headline news from the Calgary Herald, a division of Postmedia Network Inc.

Thanks for signing up!

A welcome email is on its way. If you don’t see it, please check your junk folder.

The next issue of Calgary Herald Headline News will soon be in your inbox.

We encountered an issue signing you up. Please try again

Fri May 6 , 2022
Paying homage to the original 1930s architecture of Paul Williams, who created homes for Hollywood stars, including Frank Sinatra and Lucille Ball, was the intent of British-born, LA-based interior designer Jake Arnold when tasked with remodelling this Spanish Revival property in LA, one of the world’s best homes.  Jake, whose […] 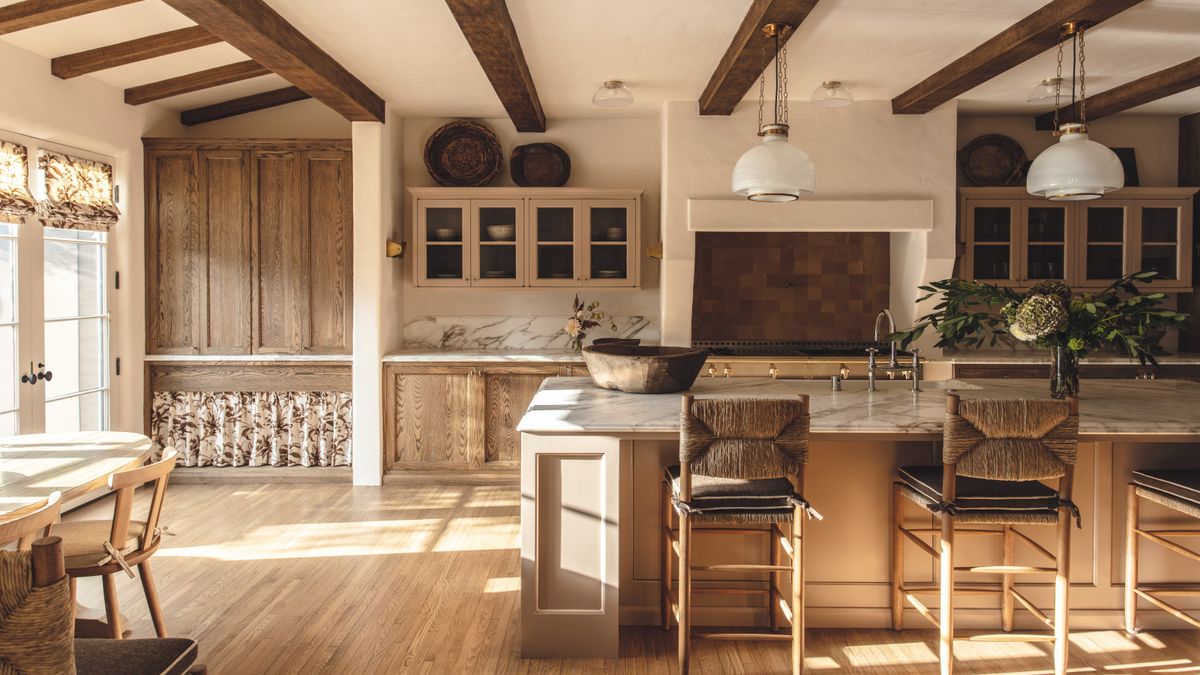